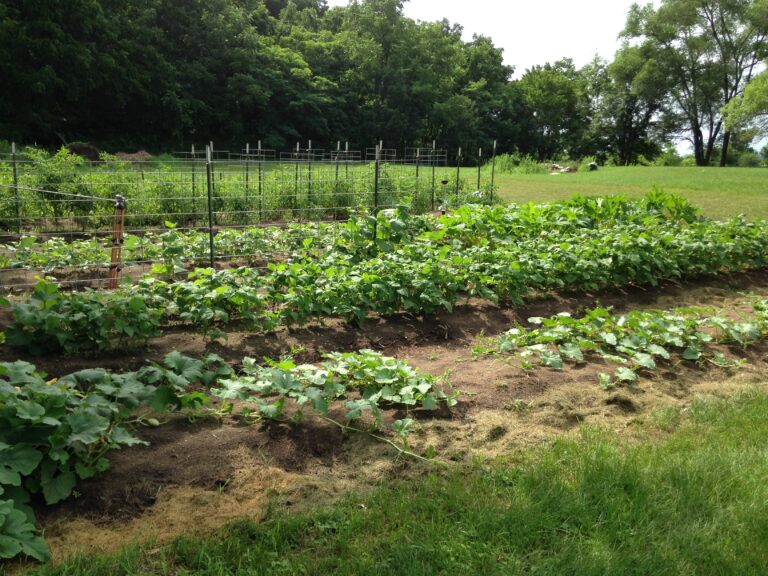 The detail that sets aside professional growers from hobbyists is either believing or knowing their soil is the healthiest. The entire country depends on commercial farmers and large operations, and their crop production impacts more than just their income. Soil nutrition is a significant factor in determining the ultimate health and productivity of crops season after season.

Unsurprisingly, when thousands upon thousands of hungry plants bury their roots deep underground in search of nutrients, it has a real and measurable impact on the health of a plot of land. After only a season or two, the soil will rapidly become drained of life—a detail which even an amateur can spot in the form of dry, dusty, and discolored soil. As such, the health of the fields is utterly crucial, and a successful farmer pays very close attention to their soil’s condition.

The Importance of Soil Health

For many years, the best way to fight soil depletion has been the importation of manure and chemical fertilizers. These products are often made on dedicated livestock farms and not crop-oriented operations. Often, these types of farms are miles, if not states, apart. Besides the actual cost of buying massive quantities of these nutrient boosters, paying for their transportation back to a farm has always been a necessary drain on a farm’s potential income. A need to cut costs and boost profits as well as increased interest in safer and greener soil treatment has resulted in an ever-growing interest in alternative methods. Composting has gradually gone from a trendy new method, first arising in popularity in the ’70s, to an essential change that farmers are eager to participate in.

The addition of commercial compost generally serves two purposes. The first is to produce on-site chemical fertilizers and thus cut back on the need to pay for and rely on outside sources. The second is to boost profits by allowing farmers to overproduce what their farm needs, and thus offer clean locally-grown fertilizers to nearby farms. As an additional bonus, compost piles are highly manipulable, and the nutritional goals of a pile can be easily adjusted. In particular, nitrogen is a key supplement that is highly essential to plant life. It makes up a key part of a crop’s ability to generate new cells, grow, and also provide nitrogen as a nutrient that’s ultimately needed and consumed by people and livestock alike.

While not so long ago, there was a time when the idea of composting was entirely foreign in the West, it’s now an increasingly mainstream way to manage field health. In fact, composting is an ancient art that goes back as far as twelve thousand years ago. It ultimately made its way to the UK and subsequently the US via the writings of Sir Albert Howard in his groundbreaking text, An Agricultural Testament. In the book, he studies and describes methods to further push compost as a useful and optimized product to serve the needs of commercial farmers.

Inoculation is one method that farmers have experimented with and further mastered with the help of modern science. Despite its name, the term refers to the introduction of helpful bacteria rather than a method of medicating against the possibility of disease. Using different kinds of compost inoculants is an easy way to improve the nitrogen content of compost. It’s also an inexpensive way to treat and enhance the nutritional impact of a pile. Specific species of microorganisms have been documented as effective producers of nitrogen during their normal life cycles.

Adding colonies of these bacteria, typically via liquid dispersal, directly to crops and compost is an easy way to bump up nitrogen levels. The presence of beneficial bacteria also helps crowd out the intrusion of potentially harmful parasites, vermin, and other less desirable bacteria and microbes. Overall, inoculants are very simple products that take no special equipment or extra time and effort to build into normal crop watering, turning, and field hydration tasks.

Certain species of plants and crops are naturally adept at churning out their own supply of nitrogen and replenishing the soil they are grown in. For a long time, the best easy way to improve the nitrogen content of compost was to utilize targeted plant species. Peas and beans are the two most common crops used to replenish the nitrogen content of the soil. More specifically, planting these species during a season does not deplete existing nitrogen like many other crops, which require significant amounts of this essential nutrient.

Furthermore, these plants put even more nitrogen back into the earth upon crop death and decomposition. In other words, the leftover plant waste of these types of crops is a valuable resource all on its own. Famers can take advantage of this raw resource by tilling waste back into the field.

Alternatively, farmers can easily collect nitrogen-rich plant waste, making it a manageable resource that can be strategically distributed among crops as needed when added to a compost pile. After a harvest, simply toss it in along with your usual compostable mix of grass clippings, organic scraps, and other crop waste. Using nitrogen-rich plant waste is also an effective way to boost a pile’s nutritional value. As noted, compost piles are themselves a very manageable way to produce a steady stream of homegrown and chemical-free fertilizer.

Are you interested in learning how your commercial farm operation can better include money and time-saving ways to maintain good soil quality? Midwest Bio-Systems is a leader in educating and equipping professional farmers with the tools and knowledge they need to upgrade their farm with an effective and manageable way to begin on-site composting. We believe firmly in the amazing impact composting has on farms, and we have the science to back it up.

Join one of the local seminars geared towards educating hardworking people like you on the best and most effective ways to commercially compost. Learn how this ancient organic recycling is changing the profits and crop quality of farms across the world. We also carry a wide array of affordable and reliable compost-related equipment. From compost turners to inoculants, we have everything you need. Reach out to us today with any questions you have, and let us help you bring the power of composting to your farm.