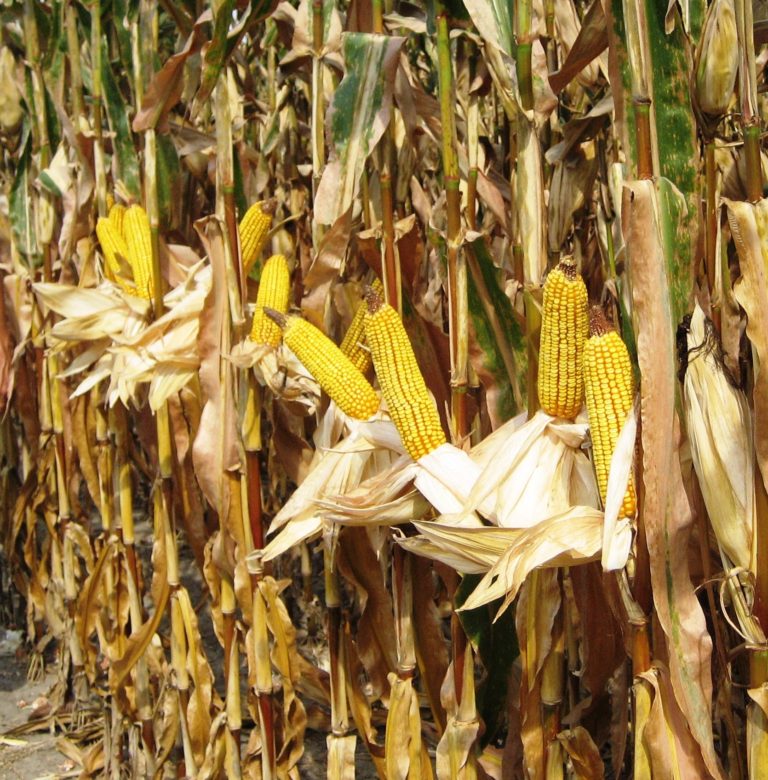 Increased Yields and Profits with Humified Compost: One Farmer’s Story

For most people, compost is seen as the domain of small scale agriculture while large scale, monocrop agriculture is completely dependent upon petroleum derived N-P-K.  One Midwestern farmer, we will call him Alvin to protect his anonymity, is breaking this mold by utilizing compost as an essential element on his no-till corn farm.  His experience is a useful case study for farmers wishing to transition to soil building agriculture, even if they may not be comfortable with large scale monocultures.

Alvin began using compost in an effort to build soil structure and microbial life in ways that synthetic fertilizers simply can’t.  Using equipment from Midwest Bio-Systems and following Midwest’s proprietary guidelines based upon the Luebke method, Alvin produced his own humified compost on his farm using locally available materials.  The method that Alvin used focused on creating compost as close to natural humus as possible.  In order to achieve this he built his compost windrows, following Midwest’s system, in order to maintain maximum aerobic activity, optimal humidity, and the ideal temperature.  Using this method Alvin was able to produce high quality humified compost within 8-12 weeks.

Once Alvin began to use the compost he was pleased with the results in terms of soil structure and fertility, seeing his yields rise by 19 bushels per acre, but he soon found that one of its greatest advantages was reducing costs and keeping costs stable.

With N-P-K costs tied in large part to oil prices and global commodity markets the prices can rise and fall significantly from season to season, sometimes even doubling in cost, while the price of corn may not rise as rapidly.  This leaves farmers with significant uncertainty and all too often a completely unprofitable season.

By using compost Alvin was able to leave this uncertainty behind by greatly reducing his Nitrogen inputs and eliminating his P-K inputs.  This reduced his costs significantly.  To give some examples from this historical data, he was able to eliminate a cost of $41.26 per acre by eliminating his need for P-K in 2007.  With the high prices of 2008 this price reduction went to $84.38/acre!  In addition to the elimination of P-K costs, Alvin reduced his Nitrogen inputs from 135 lb/acre to 80 lb/acre.  In 2007 this saved him $10.80/acre and in 2008 a whopping $20.19/acre.

As we mentioned, Alvin didn’t only see a reduction of costs through the use of compost, but also increased yields of 19 bu/acre.  At a price of $4.95 a bushel for corn this would mean a $94.05 increase/acre in profit.  Again, looking at the example of a 3000 acre farm this would mean a profit increase of $282,150.  Combined with the savings gained, the total value of the switch to compost at 2008 corn and fertilizer prices would be $541,830 for a 3000 acre farm.  Of course 2008 was a year of highs, but either way one can begin to see the significance of switching to compost for a large scale producer.

The costs for Alvin to begin this composting enterprise were $150,000 with an annual operating expense of $50,000 for materials and repairs.  This allowed Alvin to produce over 1500 tons of compost to apply to his 3000 acre farm.

In addition to the cost savings, switching to compost enabled Alvin to see many other benefits.  For instance, using a no-till system to prevent soil erosion he frequently ran into the soil compaction no-till agriculture can create.  By using compost Alvin was able to decrease the compaction of his soil because of the improved carbon structure compost provides.

The use of compost also increased the complexity of his soil ecosystem, improving the soil in a way that N-P-K cannot.  This increased biological activity also provided the foundation for continued soil building, making Alvin’s farm more valuable over the long term.

One of the benefits the increased biological activity of the soil brought to Alvin’s farm was a decrease in Nitrogen leaching and a better recycling of nutrients from crop residues and stubble.  The active soil life on Alvin’s farm recycled these materials into his soil much more efficiently and effectively than on neighboring farms not using compost.

The microbes also worked in the soil to increase nutrient uptake in the plants as well as fixing nitrogen from the air.  This was the reason that Alvin was able to so significantly decrease his use of synthetic Nitrogen inputs for his Nitrogen intensive corn crops.

The case study of Alvin’s farm is a useful one in many ways.  Eco-farmers might frown upon Alvin’s scale of production or his use of monocrops, but they can be glad for the soil building he is doing while so much monoculture results in a significant depletion of the topsoil.  Even more so, his example reinforces much of what eco-farmers have been saying for a long time — synthetic fertilizers do not provide the value they promise.  The green revolution promised that with the use of synthetic fertilizers farms would become more efficient and more profitable.  That promise, as most people now know, has not been delivered.  Ironically, it was by using sustainable methods that Alvin was able to grow his monocrops with such efficiency and high yields.  What would happen if more industrial farmers began to learn from the practices of eco-agriculture?  The answer can only be a positive one.