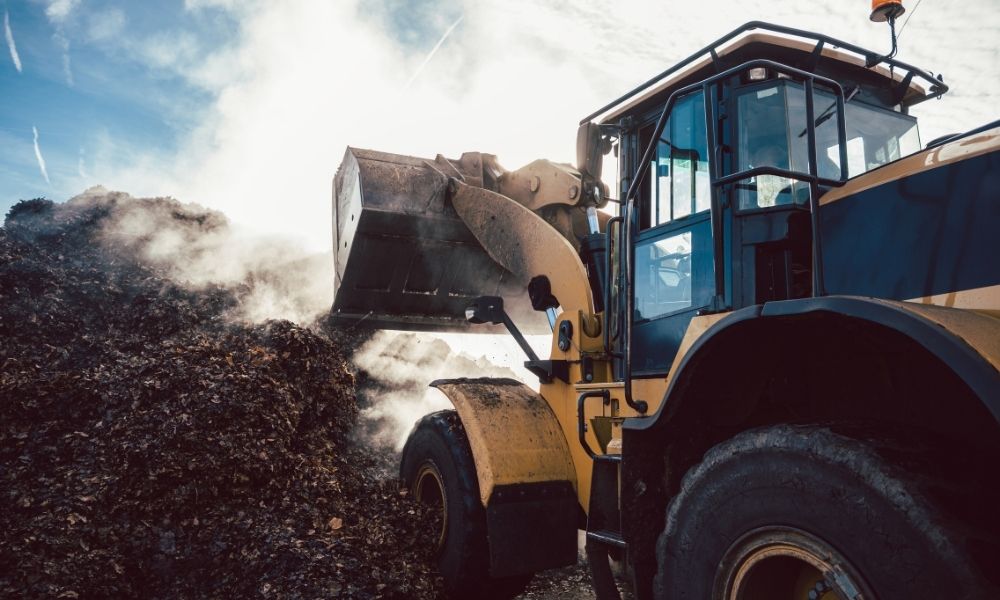 Across the nation, composting is becoming ever more prevalent in the commercial farming industry. Professionals and entrepreneurs are finding ways to implement this fantastic organic material recycling system to improve their operations. Besides putting plant waste to better use, composting serves farms in a few key ways. To begin with, composting turns plant materials and other organic materials into refreshed soil through the natural process of decomposition. The new materials from a successful compost process fill an essential role on many farms. They’re easily put to work restoring eroded runoff areas and replenishing soil health and nutrients.

For many farmers, composting is also a way to save money by cutting back on the need for outsourced fertilizer and plant feed. Besides this, many farmers also turn a profit by producing compost over their needs and selling the excess. With so many benefits and methods for commercial composting available today, there’s no reason why every farm shouldn’t make use of this helpful technique.

Windrows are likely the most recognizable of the methods for commercial composting. Many people are familiar with the sight of lines of soil-like material running through a plot of land or bordering fields. Using windrows is a simple and effective way to turn the unused corners of a piece of land into a hardworking system.

In design, windrows are very similar to many small-scale and hobbyist styles of composting. They’re the most low-tech composting design, making them accessible entry points for first-time large-scale composters. Essentially, the shape of the windrow lends itself to quick decomposition of the material. The average windrow design is four feet tall and four feet wide, with some room for more significant variations. The length ultimately depends on the available space. Creating a consistent shape helps the windrow optimize the energy from the sun while retaining a steady internal temperature and moisture content. So long as the pile maintains at a stable temperature of around 60 degrees Fahrenheit, the microorganisms within the pile will thrive and contribute to fast compost production to create a good mix of fresh and dead plant material.

Besides this, a windrow only needs regular hydration and aeration. The latter is accomplished with routine mixing and breaking up of material via a compost turner.

Another take on windrows is the aerated static pile. The method is best for industrial composting operations focused on producing large quantities of compost for use and sale beyond the originating farm. As the name suggests, turning is not required to replenish oxygen within the pile. Rather, the design uses large windrows covering large tracts of land—virtually an entire field is dedicated just to producing compost.

Vents pump water and air into the windrows at evenly spaced intervals, ensuring a balanced distribution of these essential ingredients. These operations are typically outside, so they benefit significantly from good weather and sunlight. Furthermore, exposure to bare earth and the lack of interaction with the pile likely encourages desirable insect life to occupy the piles. Worms and other helpful detritivores enter through the earth and contribute to quicker composting by granting their nutritional benefits via worm castings.

For those in need of a less hands-on method, in-vessel composting is also very effective. How the this method works depends significantly on the size and type of the vessel used. Most commercial-size vessels take the form of a giant bin or canister.

The basic idea behind in-vessel composting is an automated version of what windrows do. As a result, a compost turner is not usually required, and the tumbler does this on its own or utilizes static composting. Most vessels account for aeration via forced-air venting. With an enclosed or semi-enclosed design, moisture is also effortless to manage.

The main difference between choosing in-vessel composting versus windrows mainly comes down to available space. If a farm only has a section of a pole barn or an area close to human traffic, windrows may not be optimal. Large windrows naturally have earthy odors, which may not appeal to the public. Additionally, they can cause a degree of debris to blow about in windy conditions. As such, spaces near roads or residences aren’t ideal.

However, a vessel cuts out the wind factor, and most vessels are fully enclosed, reducing the chance of complaints about a smell. Since they look like what they are—industrial farm equipment—they can be stealthily placed just about anywhere without drawing attention. The primary downside to in-vessel composting is the limitation of how much compost each batch can produce. Vessels can make a significant amount of compost, but it’s always possible to build additional windrows at no extra cost.

The brewer then does the work for you, cultivating microbial colonies and extracting the good nutrients in an evenly dispersed tea. The basic idea behind using tea over raw compost is the more efficient dispersal method. Fields must be hydrated efficiently throughout their growing cycle, and usually, compost is best churned into a field before or after a crop. Brewing teas extend the value of compost throughout an entire season.

What’s more, our Aeromaster Tea Extractors are far advanced beyond the traditional methods that gardeners and hobbyists use. Normally, compost is added to a static container and allowed to steep—hence the name “tea.” The process works, but it produces diluted tea and often reduces the colony presence due to insufficient air in the water. Additionally, the tea must be used within twenty-four hours, lest other bacteria encroach and cause spoilage.

The unique technology in the Aeromaster aerates tea throughout the entire process, keeping colonies healthy and alive. Furthermore, colonies enter a dormant state, protecting them from the often-lethal transition from container to field. Finally, the brewer is designed to increase colony presence within the tea to provide a much more measurable positive effect on the health of your field and crops.